How can leadership teams draw the maximum value out of the new reality challenges.

Leadership in the new reality

Leadership in the new reality 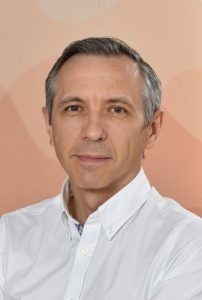 The assumption I’m starting with is that the new hybrid reality (online-offline, home-office) will generate a different way of working and performing in teams, especially in leadership teams. I think it’s still early for defining a new model, but the first signs are here.

Clarity of the goal

Back in the days when all of us used to be in the same place most of the time or anytime we considered it necessary, the ambiguities related to the common purpose of the team leading an organization could be aligned or tweaked on the run, because we were runing together. Now, when every one of us is going alone, physically, emotionally and mentally, short term clarity about what we are doing and why we are doing it is even more important for the focus on performance.

This new reality is compelling us to something most managers have been assiduously running away from so far – the decision about what is vital and eliminating any other tasks or projects which waste resources in the organization. And here, the contribution of the members of the leadership team is essential, because each person knows best the team he or she leads, the particular context in which its members work in, and the maximum he or she can get from them in these circumstances.

The golden days of control-based management have come to an end in March 2020. It will not surrender easily, it will put up a good fight for some more time, but its swan song has begun. Google and Facebook have already announced that their employees will work from home until the beginning of 2021, enough time for people to redefine their lives in a new mix of work, family and other activities they won’t be willing to give up on. The CEO of Twitter is allowing employees to permanently work from home.

This context of individual work moves the focus of team performance from the accountability toward the leaders and the relationship with them, to peer accountability, one toward the other, and mutual relationship. It will be more difficult for some cultures, and easier for others.

For Western, individualistic cultures, it will get a bit easier: because of their orientation toward task accomplishment, individual performance will rank high among success factors.

All in all, although started from an Eastern country, this crisis has high chances to occidentalise the world even more, pressing it into massively using Western instruments and methods to obtain performance.

Accountability is attached, in all cultures, to two important outcomes: deliverables and behaviours. When a leadership team frequently meets in person in order to achieve things together, the accountability related to behaviour is paramount, because it determines on one hand the result, and on the other hand it informs the culture of the entire organization. This is why the discussion about behaviours takes a great part of the energy and focus of a team.

Now, that we will meet a lot less in person, we could be tempted to lessen its importance to favour the accountability related to deliverables. I think that is a trap, at least in our culture.

Even if behaviours in the virtual space are filtered by the very medium that hosts them, they continue to remain very important for the way members feel they belong to a team, give and receive the trust and engagement they need in order to perform. It is only their calibration that should be consciously moved, by the leader, from him or her to the team members who now have greater chances to find their own success formula, as they are no longer under constraints related to continuous supervising, be it explicit or implicit, as it was the case while in the office.

Until now, the topic of learning was optional or random in most leadership teams. As one manager recently told me when I asked him what he had learned in the last six months: ”Life has taught me something new each day”. This is one way of progress, but I’m afraid this approach will no longer be enough for leadership teams who want to obtain performance in the new reality.

People don’t learn from experiences, but from the way they reflect on them. And for performance in a team, reflecting together is essential.  Otherwise, each learns, maybe, what he or she considered important, and that is not a guarantee that, when faced with the next experience, the entire team will obtain a better performance.

During the meetings I have with the management teams I work with, these sessions for reflecting together are regarded very skeptically at the beginning, and are the most appreciated further down the road.

The assumption most managers start from is that the others will have learned pretty much the same things as they have from the experience which has just concluded, and when they realize that this is often not the case, and that things were perceived very differently from different leadership positions, this helps them take much better decisions for the team in the future.

Moreover, the speed of changes in the business world will increase. Only sessions of learning together will allow leadership teams to draw faster and better the maximum value out of these new ideas, challenges or best practices.

Let us imagine your new office.